Although Heidi Klum is very happy in her relationship with Martin Kristen she doesn't think she will get married again because she has done it twice. 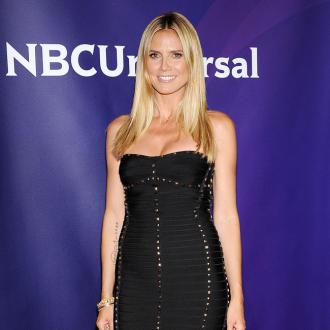 Heidi Klum isn't interested in marrying again because she has lived that ''fairytale''.

The supermodel was married to stylist Ric Pipino for around five years and, after a brief romance with Flavio Briatore, she tied the knot with musician Seal in May 2005 but they separated in January 2012.

Heidi has been in a relationship with her bodyguard Martin Kristen since September, and although she is happy in her relationship she doesn't hear wedding bells in her future.

She said: ''I don't think so. It's not that important to me anymore. I've been married before. When I got married the first time, I was 23 and it was always this dream to get married and wear this white dress. I was married for six years and it didn't work out.

''It's a fairytale dream that 70 per cent of girls have. But I have been there, worn this dress, dreamt that dream. I'm happy now that I don't have to have that again.''

As well as being against the idea of getting married again, the 39-year-old catwalk star - who raises four children, Leni, nine, Henry, seven, Johan, six, and Lou, three, with former husband Seal - has also ruled out having another child because her family feels ''complete''.

In an interview with The Times Magazine, she added: ''I don't really want to have more children. Four is a lot of children and I feel complete. I feel like when I look around the dinner table we are complete.

''This is our family. He's very good with the kdis. They love him - they've known him for a long time.''