Heidi Klum is getting 'serious' with new guy

Heidi Klum and her boyfriend Martin Kristen are reportedly getting ''serious'' and the model can see a long-term future with her lover. 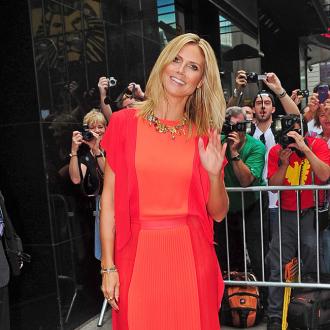 Heidi Klum is serious about her boyfriend Martin Kristen.

The 39-year-old supermodel started dating her 40-year-old bodyguard a few months after splitting from husband Seal - with whom she raises four kids Leni, eight, Henry, seven, Johan, six, and Lou, three - last year and she has slowly fallen completely in love with him.

A source told People magazine: ''Since they began dating last summer, the pair have gotten serious. She loves her life and enjoys sharing it with Martin who treats Heidi and Seal's kids like his own. She's able to focus on her career because Martin takes great care of them and enjoys staying in the background.''

Heidi is very happy for her ex - who she was married to for almost seven years - and hopes he can find the same happiness she has with Martin.

The insider added: ''They're still getting to know each other. But it took him a long time to get over Heidi and he hasn't found anyone special yet.

''They don't have any custody issues. They're just still dividing their assets and they're just taking things one day at a time. Heidi's glad Seal is dating, she wants him to be happy too.''