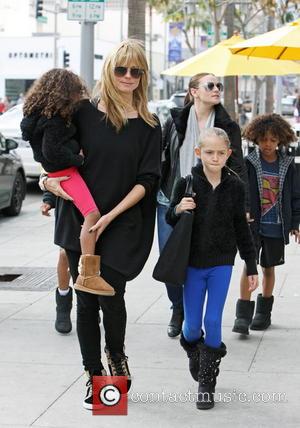 Heidi Klum appears to have found love again following her split from her bodyguard boyfriend after she was linked to the son of filmmaker Julian Schnabel.

The German supermodel began dating Martin Kirsten in 2012 after her marriage to singer Seal broke down, but last month (Jan14) reports suggested they had parted ways.

Klum, 40, has now been linked to 27-year-old Vito Schnabel, the son of The Diving Bell and the Butterfly director.

The pair is said to have enjoyed a night out together in Los Angeles over the weekend (08-09Feb14) and Usmagazine.com reports they are dating.

Vito Schnabel was previously linked to an older woman, actress Demi Moore, in 2012.