Heidi Klum May Not Marry Again

Heidi Klum is not sure she will ever marry again after her separation from husband Seal. 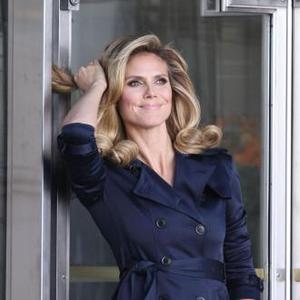 Heidi Klum is not sure she will ever marry again.

The 'Project Runway' judge admitted that she is wary of another legal union - although she did love being married to musician Seal, whose separation (after seven years of marriage) was announced in January.

She told the weekly newspaper Bild am Sonntag: ''I don't know if I'll get married again. Although I really enjoyed being married. I'm a dreamer. I loved our annual fairy tale weddings that were our big family parties. But sadly, it somehow didn't work out.''

The 39-year-old supermodel denied that she is dating Thomas Hayo, her 'Germany's Next Top Model' colleague.

She revealed: ''He is not, nor was he ever my boyfriend. I think he is a great guy, but not for me.''

Heidi said that she is generally satisfied with her life now as a single woman.

Heidi added: ''I think everyone should work on their dreams. I try to. I look into the future, concentrate on my family and I have to say that I'm happy. There are worse things in life than a separation.''