Heidi Klum's boyfriend Vito Schnabel reportedly wants to get married but she isn't as keen. 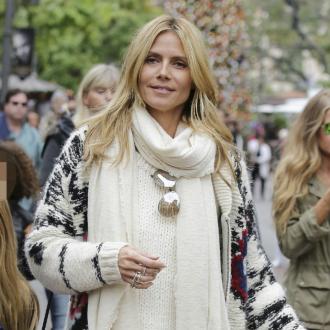 The 41-year-old model has been dating 28-year-old Vito Schnabel since last February and while he is reportedly keen to take their relationship to the next level, the German beauty - who split from husband Seal in 2012 - is not so keen.

A source told heat magazine: ''They live together but Vito would love to move it to the next level.

''He's getting to the age where he is ready for marriage, but Heidi is just not ready to commit. She isn't keen on getting married again after her divorce from Seal.''

According to the insider, Heidi - who raises kids Leni, 10, Henry, nine, Johan, eight, and Lou, five, with her ex-husband - is ''pretty much done'' having children and is happy with her relationship the way it is.

The source added: ''The kids love Vito, Seal gets along with him and, above all, if it does go wrong, she doesn't want to put the family through another divorce.''

While Heidi is reluctant to tie the knot, she has reportedly discussed the possibility with her former spouse.

A source said recently: ''Heidi speaks to Seal most days and still refers to him as her best friend. She's even discussed the idea of marrying Vito with Seal and he's given his blessing.''