Heidi Klum claims she doesn't care if people critique her fashion choices as she enjoys taking risks when it comes to her outfits. 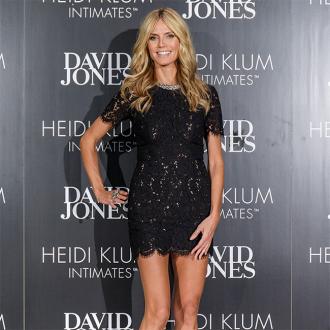 Heidi Klum is a fashion ''risk-taker''.

The 41-year-old supermodel has admitted she isn't bothered by people critiquing her outfit choices because she loves being adventurous with her image and trying out new styles on the red carpet.

She said: ''You know I have been in the 'do' and the 'don't' pages many times, but I'm someone who loves fashion and I like to take risks.

''If you're a risk-taker and you're not someone who is very safe with their clothes, then you're up for criticism.''

The blonde beauty added she isn't embarrassed by her out-dated looks in her past fashion campaigns and just sees them as from a ''different time''.

She said: ''I always feel like, at that time, that was really cool. My hair's still brown, my eyebrows are plucked to the bejeezus you know? It was a different time.''

Heidi also credits becoming a mother to Leni, 10, from her relationship with Flavio Briatore, and Henry, nine, Johan, eight, and Lou, five, with ex-husband Seal, for changing her look.

She told US Weekly: ''I feel like my whole face has changed and my hair's blonder. I feel like I look more like a woman now. Then I looked more like a child, not knowing what I was doing, looking in the camera with my eyes like a deer in the headlights sometimes.''