Supermodel Heidi Klum Recruited Her Father As A Cameraman To Film Her As She Gave Birth To Each Of Her Four Children. 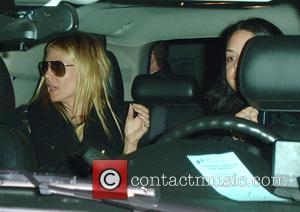 The German star reveals family patriarch Gunther was present at every birth because she wanted him to capture the special moments in detail.

She tells Britain's The Times Magazine, "I want to have a film for my kids. If they don't want to see it, we can throw it away... I wanted (husband) Seal by my side, not filming. And I don't want to hire someone I don't know. Like, 'Hey, can you film this?' I had no problem with my dad doing it at all. I'm his kid. He made me! So he can watch my kids being born. To me that is totally normal."

Klum and singer Seal, who she split from in 2012 after seven years of marriage, share three children, sons, Henry and Johan, and a daughter Lou. The model also has another daughter, Helene, from a previous relationship.