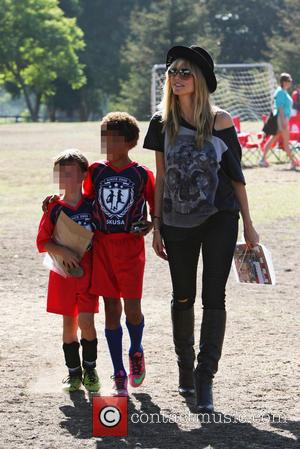 Supermodel Heidi Klum is selling off her catwalk clothes to raise money for charity.

The German beauty has teamed up with charity website Fashionproject.com to sell pieces she wore during New York Fashion Week in September (13) to raise cash for amfAr, an organisation which supports Aids research.

Fans have the opportunity to get their hands on a number of glitzy items including a golden gown the model donned for the Project Runway fashion show for $599 (£399) as well as a white and silver vest top for $269 ($179).

Other items up for sale include a Kate Spade New York dress and a Stella MCCartney shoulder bag, which were donated by some of Klum's fashionable friends.