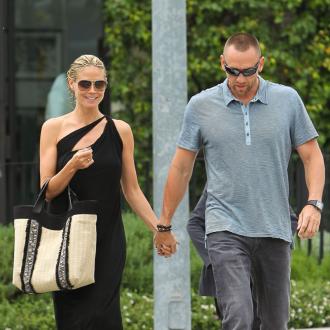 The model is currently dating her bodyguard Martin Kirsten and revealed she finds his casual style sexy.

Heidi told People: ''I love straightforward, ripped, washed-a-hundred-times jeans that just fit really well, and a cool t-shirt. I don't like a guy when he's overdressed or over-styled. I like it better rugged.''

Heidi, 39, who raises kids Leni, eight, Henry, seven, Johan, six, and Lou, three, with Seal, who she split from last year after seven years of marriage, also revealed Martin has given her a ring with his name partially inscribed on it.

Heidi previously admitted she has learned to be more guarded about her private life in the wake of the separation and now thinks she and Seal were too open about their marriage.

She said: ''I feel good. I've learnt from my mistakes a bit. That I've been very, very open with the relationship to my husband. And I think that will be more private in the future.''