Heidi Klum to spend Xmas with Seal and Vito

Heidi Klum will spend Christmas with both her boyfriend Vito Schnabel and ex-husband Seal. 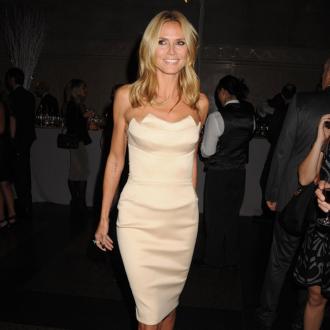 Heidi Klum will spend Christmas with both her boyfriend and ex-husband.

The 41-year-old model wants Vito Schnabel and Seal - the father of her kids Leni, 10, Henry, nine, Johan, eight, and Lou, five - to be part of her festive plans and the two men have agreed, with the singer even suggesting a ''bonding activity'' to get to know her new man better.

A source said: ''Heidi has told friends she'll spend Christmas in LA with Vito and Seal as she wants to unite them for the sake of her children.

''Seal has agreed to meet Vito and spend time getting to know him as he's spending so much time with his kids.

''He even suggested they all do a bonding activity together to ensure there's no animosity between them.''

Heidi - who began dating Vito, 28, in February - has remained close to Seal, 51, since their split in 2012 and has even sought his blessing to take her new relationship further.

The source said: ''Heidi speaks to Seal most days and still refers to him as her best friend. She's even discussed the idea of marrying Vito with Seal and he's given his blessing.''