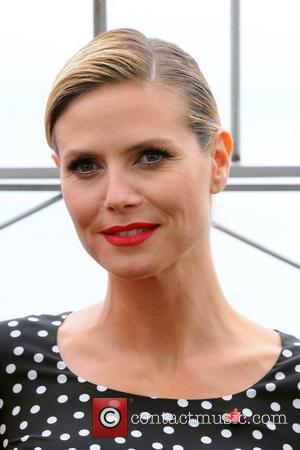 Supermodel Heidi Klum has drawn support from an unlikely source following her split from singer Seal - her first husband, Ric Pipino.
The German beauty shocked the world when she separated from Seal in January (12) after almost seven years of marriage, and she filed for divorce last month (Apr12).
But while relations with the Kiss From A Rose hitmaker have been strained, Klum has remained close to stylist Pipino and he has reached out to the model to offer some kind words of comfort.
She tells Allure magazine, "He got married and had three children. But we're still friends. He emailed me about everything that's going on (her split from Seal); he's like, 'I'm thinking about you.' He's a good guy."
Klum was married to Pipino for five years before they parted ways in 2002.
The runway stunner previously opened up about her failed marriage to Seal in an interview with Elle magazine, admitting, "I feel like I'm in the eye of the tornado."
Since her split, Klum has been romantically linked to Thomas Hayo, the creative director of her hit European TV show Germany's Next Topmodel.