It's Over! Klum Files For Divorce 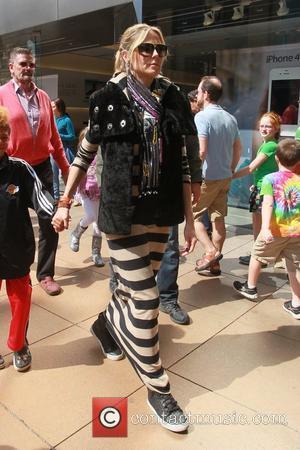 Picture: Heidi Klum and her family spend the day together at The Grove in West Hollywood Los Angeles, California - 24.03.12

Supermodel Heidi Klum has filed for divorce from estranged husband Seal two months after shocking the world by confirming reports the couple had split.
Klum has cited irreconcilable differences for the breakdown of the relationship in court papers filed in Los Angeles on Friday (06Apr12) by top divorce lawyer Laura Wasser and obtained by Tmz.com.
A post-nuptial agreement the couple signed suggests the divorce will be straightforward, as there is no community property to be divided.
Klum has requested joint legal custody of the couple's four kids and primary physical custody. And she has also asked that her maiden name of Klum be restored privately.
Reports suggest the beauty has already moved on from Seal after she was photographed on the set of her hit European TV show Germany's Next Topmodel with rumoured new boyfriend Thomas Hayo, the creative director of the programme.
In the candid shots obtained by WENN, the cute couple appears to be more than just friends. In one snap, Hayo feeds Klum from a snack table.