Klum Back On The Runway 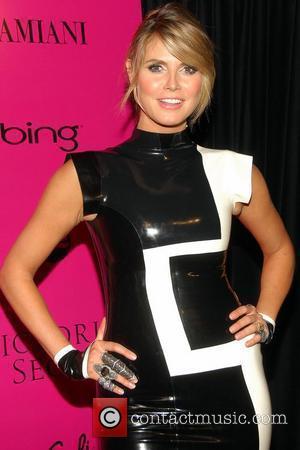 Supermodel Heidi Klum returned to the runway on Thursday (19Nov09), just five weeks after giving birth to her fourth child.
The German beauty left baby daughter Lou with singer husband Seal to slip into a purple corset for the Victoria's Secret show in New York.
It's the second time Klum has made a swift return to work - she wore a jewel-encrusted bikini just weeks after welcoming son Henry, now four.
And she insists dropping the pounds comes easily to her, telling ExtraTV.com, "I didn't do too much, I have to tell you. I do eat very healthy (sic) and I drink lots of water and I breastfeed and I'm just very active."