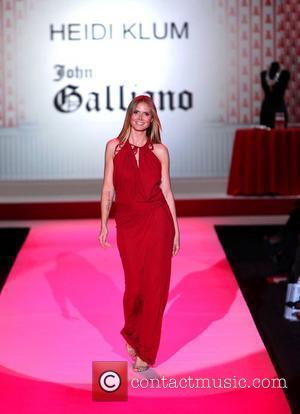 Supermodel Heidi Klum is set to add a touch of glamour to U.S. TV show Desperate Housewives - the catwalk beauty will make a guest appearance in a special episode set in New York City.
The German star has already landed cameos in a number of programmes including Sex and the City, Spin City and How I Met Your Mother.
And now Klum has signed up to play herself in a new episode of Desperate Housewives when the series transfers from sleepy Wisteria Lane to the bright lights of Manhattan for a one-off show.
Klum will be joined by fellow model Paulina Porizkova when she makes her cameo, according to E! Online.