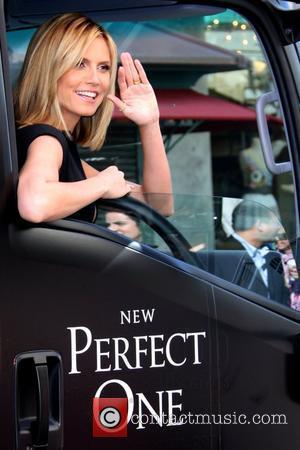 Supermodel Heidi Klum, Jessica Simpson and rapper/actor ICE-T have been tricking fans by posing as pizza restaurant cashiers, computer store clerks and grocery assistants for an upcoming April Fool's Day (01Apr09) U.S. reality show.
The celebrities have been filmed trying to convince diners and shoppers they are not stars for I Get That A Lot.
Klum, who worked behind the counter of a pizza parlour in New York, says, "It was quite awkward and intimidating for me."