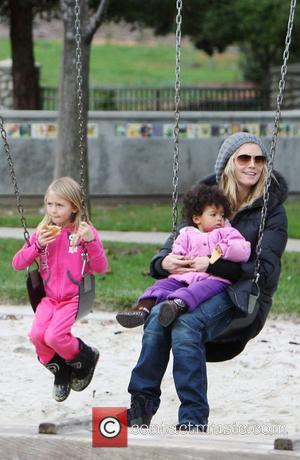 Supermodel Heidi Klum is set to join the ranks of stars with scents after announcing plans to launch a new fragrance.
The German stunner is teaming up with bosses at Coty Inc. to create a fragrance called Heidi Klum Shine.
Klum, a former Victoria's Secret model, insists creating a fragrance was no easy task: "I never thought my nose would recover from sniffing so many scent combinations but it is all worth it.
"I want my fragrance to be truly special and head-turning."
The model, who is married to singer Seal, hopes to officially launch the fragrance at the end of 2011.