Tv Bosses In Germany Have Scrapped The Finale Of Heidi Klum's Popular Reality Tv Series Germany's Next Topmodel After A Bomb Scare Brought The Live Show To An Abrupt Ending On Thursday Night (14may15). 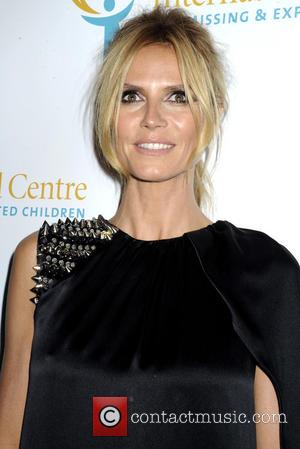 Klum and her daughter Leni, performer Olly Murrs, the show's judges and finalists and 10,000 spectators were evacuated from SAP Arena in Mannheim, Germany at 9.30pm local time as police officers investigated a threat phoned in by an anonymous female.

The investigators found a suspicious suitcase backstage but no bomb.

TV executives at ProSieben - the network broadcasting the live show - cut into footage and aired a movie instead of the rest of the in-progress finale, telling viewers the interruption was due to technical issues.

Klum later tweeted in her native German, "Dear GNT fans, the evening has not ended as I would have wished! Safety comes first!"

TV bosses have since decided not to restage the show, and Klum claims the producers will announce the winner of the 10th series of Germany's Next Topmodel in the coming days.

Murrs, who was preparing to perform on his 33rd birthday when he was asked to leave the venue, also took to Twitter.com and wrote, "Ooh no Bomb scare @topmodel GERMANY!! We've all just been evacuated.. Scary s**t!!This is a birthday I'll never forget..."