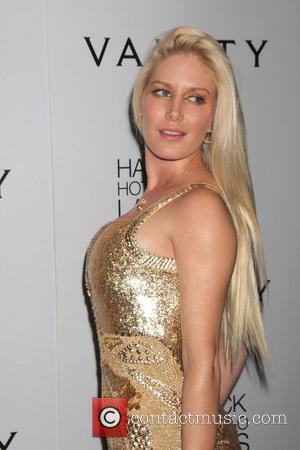 In an interview with Access Hollywood Live, after a couple of years out of the intense public view that she had been used to thanks to hit reality television show The Hills, Heidi Montag opened up about her marriage, plastic surgery and what life is like out of the spotlight.

Regarding the enormous amount of plastic surgery Heidi had, she said "I would never do it again and I never recommend it for anyone." In 2010 she admitted to being 'being obsessed' reported the Daily Mail, at the time, but, as time has passed, she seems to have come to a few uncomfortable realisations. "I was definitely way in over my head. I'm glad it worked out and you can't really reverse time," she said, "I kind of wanted a few enhancements and then it kind of got out of hand. I wasn't told really the repercussions and what would happen, emotionally and psychically and the pain I would be in. I was kind of in shock."

Heidi's husband, Spencer Pratt, who also found fame on The Hills, and whom she married on the show, was against the excesses of surgery, particularly the famous 10-procedures-in-one-day that thrust her into the spotlight again for all the wrong reasons. "That was a big issue in our marriage," Heidi said. "We're good [now], we've been married for four years and we've been together for six - in Hollywood that's ancient! Until death do us part I would say. I honestly love him more and more every day... especially taking a step out of the spotlight. We've really been able to enjoy each without all the chaos." However, she does admit to missing the money the fame brought. Although, both fame and surgery are both very expensive, she said "I'm not sure [how much we lost], a lot. over a million or so."

Although she has returned to give this brief interview, Heidi says of fame that "It was quite the whirlwind and [she's] happy to be out of it." Although we'd like to believe her sentiments, somehow, we don't think this is the last that will be seen of Heidi Montag.