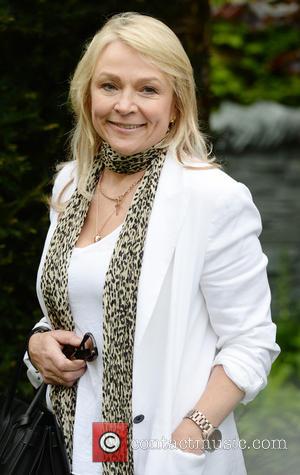 200 years since Jane Austen's Pride and Prejudice was first published, there is still not a woman anywhere who can watch Colin Firth's Mr Darcy and not swoon.

There are very few girls who cannot read Austen from Sense and Sensibility through Mansfield Park and Emma, and not find themselves a female character and say 'that's me', or recognise in squirming embarrassment that Mr and Mrs Bennett are their parents, to a T. But most importantly, there are few romance narratives from the 20th or 21st century that aren't in some small way derivative of Austen's approach to love and to her unique and ultimately irresistible creation of what have become classic love stories, the Austen notion of romance.

There are the obvious novels and movies that pay homage to the 18th century writer. Helen Fielding's Bridget Jones' Diary is a conscious adaptation of Pride and Prejudice, which sees Bridget (Elizabeth) having to choose between Daniel Cleaver and the uppity pomp of Mark Darcy, who - as in Austen's original - is averse to our feminine protagonist on grounds of propriety and wealth, but who, nevertheless runs with his heart rather than his head, eventually, and marries her (or, at least, gets engaged).

This theme, of acting in favour of love, against the odds and against rationale is a prevalent theme of Austen's, being either a central aspect of a plot (Sense and Sensibility, Mansfield Park, Pride and Prejudice) or as something to be gossiped about (Emma).

In a narrative that sees genders reversed from Austen's tradition, the floppy haired William Thacker falls for the unattainable, extraordinarily wealthy and famous actress Anna Scott in the 90s movie Notting Hill. Likewise in another Julia Roberts movie, Pretty Woman, a girl of respective low standing and disrepute, like Pride and Prejudice's Lydia, is nevertheless is removed from potential public shame by a heroic character.

Clueless, another iconic movie of the '90s was based loosely on Emma, and sees the main character a popular and harmlessly selfish blonde, Cher, play matchmaker (unsuccessfully), try to raise a newcomer to the school in her social standing and pair her off with someone she deems fit, and finally fall for her elder step brother having realised her ills. In the process she learns a lesson about love, and about how to treat others in relation to class.

Despite being criticized for the focus on women needing men, Austen was a feminist. Her writing has raised the standards of women everywhere, not only personally, but professionally. Hers was still an era in which most women wrote under a masculine pseudonym - which she never did, and she was a precursor to George Eliot and the Brontes, which therefore makes up the fundamental grounding a British women's literature.

She is a writer who has accomplished the rare and valued status of being both critically acclaimed and enormously popular. She knew that to simply settle was not to give up, but was certainly a failure in some respect. On that premise, Austen never married, but she knew romance, and with her as a guide, so does everyone else.