Hey Prospective University Students, Helen Flanagan Could Be On Your Course! 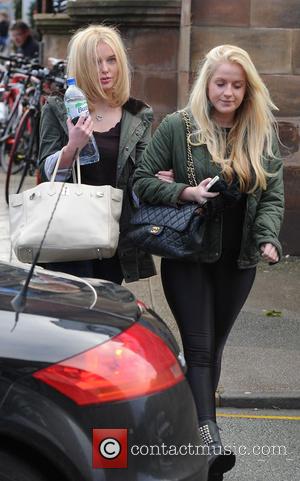 Former Coronation Street actress turned glamour model Helen Flanagan is going back to school! The recent I'm A Celebrity contestant has revealed her plans to sit A-Levels in History, Psychology and Religious Studies in a bid to land a place at university.

Helen - who is dating Manchester City striker Scott Sinclair - tells the latest issue of FHM magazine, "I want to get a degree. I never did A-levels the first time around so I'm gonna do my A-levels this year." The actress blames her riotous teenage years for standing in the way of her intellectual ambitions, "When I was 16 I guess I was just going off the rails. I used to be a really good student and then I just went off on one. I was a perfect A student and then I turned 16 and became a bit of a rebel. I think it was just hormones", she said. Often branded dumb on Twitter, Flanagan says she isn't interested what people think of her, saying, "I'm so not bothered. Things like that go completely over my head. People will write things about my boyfriend, about football, and I get really protective. Apart from that, I don't care. I'm used to it."

The full FHM photo-shoot and interview are in this month's magazine, on sale now.