A Year Of Surprises? Golden Globes Have No Clear Winner 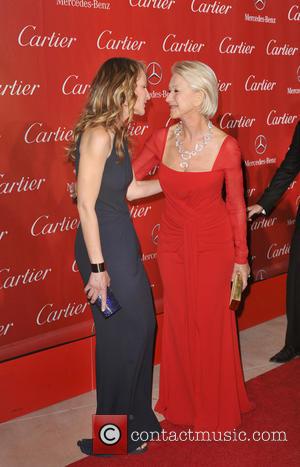 This year's Golden Globes ceremony takes place tonight (Jan 13), and its categories - much like the categories in most of this years awards - look wide open.

At the Golden Globes in particular, it looks as though this year could see the bulk of the prizes going to British recipients, with the ladies in particular providing hope that a few gongs will be getting sent across the Atlantic. Dames Helen Mirren, Maggie Smith and Judi Dench are all vying for awards, with Dame Smith up for two acting gongs - for The Quartet and Downton Abbey. Meanwhile Aussie-Brit Naomi Watts, Emily Blunt and Rachel Weisz are up for awards, whilst Daniel Day-Lewis is looking like the man to beat in the Best Actor category.

Still, Day-Lewis could be beat, meaning he will have to wait til his next film to take his tally of awards up a notch (he always gets nominated at the very least). Joaquin Phoenix and Denzel Washington are probably his biggest threats, but really the award is pretty much Lewis' already. If he doesn't win though, there's a pretty good chance that Damien Lewis could bring the gold home for the UK, being nominated in the television category for Best Actor for his role on Homeland.

But all eyes will no doubt be on Oscar snub Ben Affleck tonight, to see if he can take away the Best Director award, and no doubt send another snide comment in the Academy's direction.