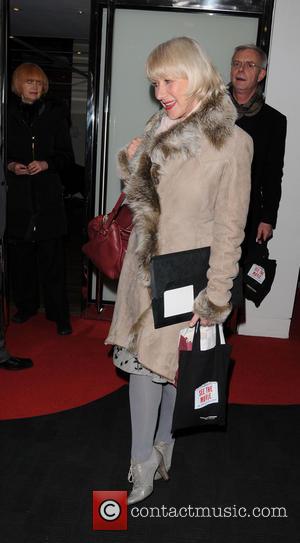 Dame Helen Mirren and Paul Rudd shared a passionate embrace last night left the audience, host and other guest laughing but stunned with their antics as they discussed on-screen kisses on the episode of The Graham Norton Show that aired last night (Feb 1).

Recalling his time spent kissing Jack Nicholson (it was part of a movie), the Oscar-winning actress asked Rudd to recreate the scene from 2010's How Do You Know (in which Nicholson stared as Rudd's father) using her as the kiss recipient. Needless to say Rudd gladly obliged, but how often does an opertunity like that come up? Both looked pretty pleased with themselves too after the kiss (naturally), with Mirren gladly wiping her lipstick from Rudd's mouth post-lip lock, leaving a flu-ridden co-guest Leslie Mann clearly taken aback (and probably a little envious too) whilst the audience and host howled with laughter.

The Graham Norton show is well known for it's out of the blue antics, as is Mirren when she appears on talk shows. During her last talk show appearance on Jonathan Ross' show, the actress admitted to taking LSD in her youth, although made sure to reiterate it was her first and last time of doing so.

You can watch the clip below.