Dame Helen Mirren has been named Harvard University's Hasty Pudding Woman of the Year 2014 and will be honoured at the Cambridge, Boston campus in Massachusetts on January 30. 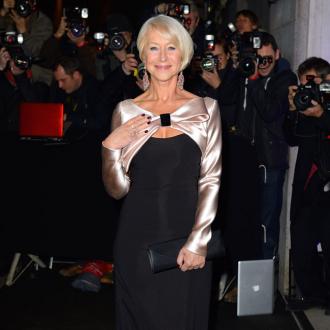 The 'Hitchcock' actress will be honoured for her contributions to film by the prestigious university's undergraduate drama society in a ceremony at its Cambridge campus near Boston, Massachusetts on January 30.

The Oscar-winning star, 68, will be the subject of a roast before she is presented with her award at Farkas Hall.

Speaking about the accolade, the British actress said: ''How very saucy of the Hasty Pudding organisation to offer me their award. As someone who adores Pudding in all its manifestations ... Suet, Christmas, Treacle, Bread and Butter, Yorkshire, Plum, Figgy, etc., etc., I am so looking forward to the famous Hasty Pudding.''

'The Queen' star joins an elite club of Hollywood starlets to be given the Hasty Pudding award.

The Woman of the Year honour is given to performers who have made lasting contributions to entertainment.

The Man of the Year recipient will be announced at a later date and will be honoured on February 7.