Acclaimed actress Dame Helen Mirren ''expected'' to win an Oscar for her performance in 'The Queen'. 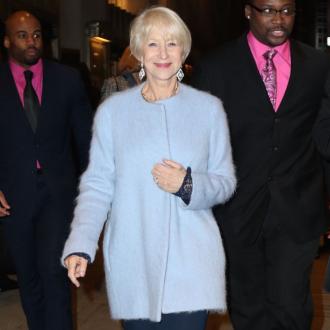 The 69-year-old actress, who starred as Britain's Queen Elizabeth in the 2006 hit 'The Queen', has revealed she'd anticipated winning the Best Actress gong despite facing competition from the likes of Meryl Streep, Kate Winslet and Dame Judi Dench.

She said: ''I must confess it was rather expected. Everybody was saying, 'There's no competition, you're going to win.' But of course you can't be sure. I felt like I'd already won just by being there. The Queen was a role that had filled me with trepidation but I never imagined that it would end in this.

Subsequently, however, Dame Helen has felt a hint of guilt for winning the prestigious award.

She told the Mail on Sunday newspaper: ''A slight sense of guilt for engaging with the whole thing at all. Awards in general are the antithesis of what an artist is about so there's a push/pull feel about it. That said, I still went and had incredible fun so I don't know what that makes me.''