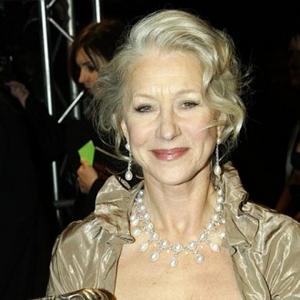 The 65-year-old actress received the staggering sum for just two days work shooting the commercials for the Wii Fit Plus title which encourages owners of Nintendo's motion controlled console to shed the pounds from the comfort of their own home.

The Company insisted on Helen for the campaign because they believe her glamorous look and svelte figure will attract over-50s to The Game.

A friend of the Oscar winner said: "Nintendo insisted they wanted Helen and no one else. They wanted an older, more attractive woman to show that the Wii isn't just for children."

The game allows users to undertake a variety of exercises including yoga and aerobics and sets individuals weight loss goals as well telling you your BMI.

In the TV advert Helen is seen using the game and praising the amount of exercises available, saying: "You need never get bored as every day you can tailor a new workout."