Dame Helen Mirren Was Among The Big Winners At The Drama Desk Awards After Scooping A Top Prize For Her Role As Queen Elizabeth II In The Broadway Production Of The Audience. 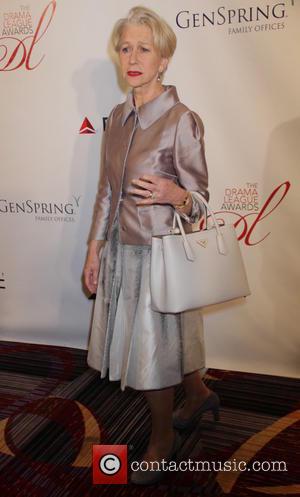 The British star landed the Outstanding Actress in a Play title during the ceremony in New York City on Sunday (31May15), seeing off competition from fellow U.K. star Carey Mulligan, who was nominated for her role in Skylight.

Other winners included Kristin Chenoweth, who was named Outstanding Actress in a Musical for On the Twentieth Century, while hip-hop musical Hamilton claimed seven prizes out of 13 nominations including Outstanding Musical, and The Curious Incident of the Dog in the Night-Time took six.

The Curious Incident of the Dog in the Night-Time star Alex Sharp also saw off fierce competition from Hollywood actor Bradley Cooper to land the Outstanding Actor in a Play award, but Cooper's The Elephant Man, which is currently running in London's West End, took the Outstanding Revival of a Play prize.