Dame Helen Mirren Has Shown Off Her Generous Side By Sending A Designer Purse To Kristin Scott Thomas To Celebrate Her Opening Night In The Audience. 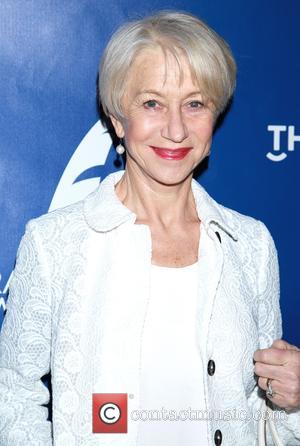 Picture: Helen Mirren - A host of celebrities were snapped as they arrived for the 2015 Drama Desk Award nominees reception which was held at New...

The Queen star won rave reviews for her portrayal of Elizabeth II in the West End production of Peter Morgan's play, and Scott Thomas has taken over the role while Mirren performs the show on Broadway.

The Four Weddings and a Funeral star has now revealed Mirren sent her a bouquet of flowers and a special gift to mark her opening night on Tuesday (05May15), telling the London Evening Standard, "She sends me encouraging emails and she sent me the most fantastic bunch of flowers and a handbag for the first night. How brilliant is that?"