Dame Helen Mirren Has Signed On To Mentor A Group Of Film Students In Her New Role As A Special Ambassador For Fashion Designer Giorgio Armani's Short-movie Project. 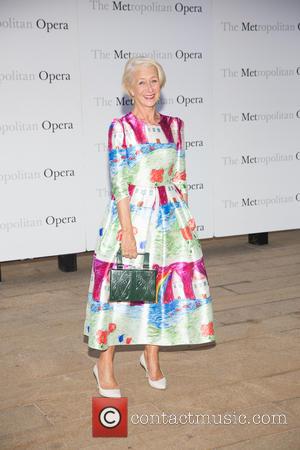 After its success at the 2014 Toronto International Film Festival in Canada, Armani decided to continue the project this year (15), and the films will be screen at the BFI London Film Festival from 7 to 18 October (15).

Armani recruited The Queen star Mirren to help mentor the young talents by giving them tips and sharing her experiences in film to guide them in the process.

"Being a guide and supporting cinema students is very important for me," Mirren said. "Thanks to the inspiration and guide of our great friend Giorgio Armani... we can guide and help the creativity of today’s young directors.

"I want to praise Giorgio Armani for his energy, involvement and love for the movie art, and also for this project, Films of Frames. I’m really honoured to be special ambassador, especially because this year it takes place at home, at the London Film Festival."