Dame Helen Mirren has reportedly entered talks to star in 'Alfred Hitchcock and the Making of Psycho' as the filmmaker's wife Alma Reville. 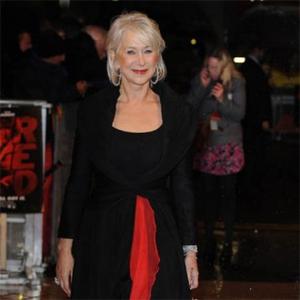 The 'Arthur' actress looks likely to join the cast of 'Alfred Hitchcock and the Making of Psycho' as Alma Reville alongside Sir Anthony Hopkins, who has been attached to play the legendary filmmaker for around a year, though insiders told the Hollywood Reporter that negotiations are still in the early stages.

'Alfred Hitchcock and the Making of Psycho' is based on Stephen Rebello's non-fiction book about how the director, at the height of his career success, wanted to make a "lowly" horror movie.

No studios were interested in the project, so Hitchcock sought to find financing for the film himself, with the movie - which starred Anthony Perkins and Janet Leigh - going on to become one of his biggest hits and among the most influential films ever made.

The movie - which has been in development for four years - will be helmed by 'Anvil! The Story of Anvil' director Sacha Gervasi, while Montecito Picture Co. are producing.

It is expected the film will begin production in April.