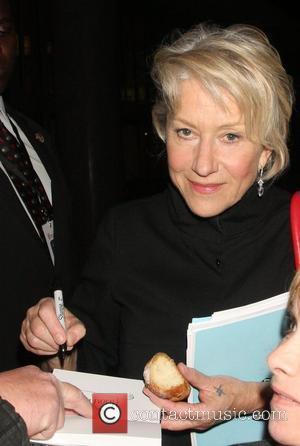 DAME Helen Mirren stunned shoppers in a London supermarket after popping in to buy a snack on her way home from a glamorous awards bash.
The Queen star attended the British Academy of Film and Television Arts (BAFTA) TV Awards in the U.K. capital on Sunday night (26Apr09).
But the fancy food at the event's afterparty didn't tempt the actress - who instead went to buy a quiche from a nearby store while decked out in her designer ball gown.
She says, "I didn't really fancy the dinner and hadn't had time to get some bits before we came."