British Stars Including Helena Bonham Carter And Dominic West Have Teamed Up With Charity Save The Children For A New Campaign To Help Kids Get Basic Healthcare. 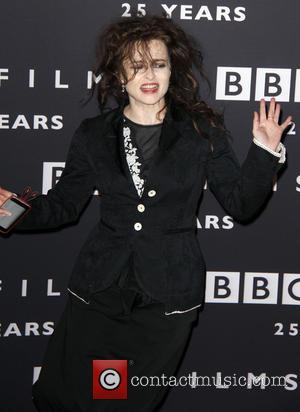 Picture: Helena Bonham Carter - A variety of stars were snapped as they arrived at the BBC Films 25th Anniversary Reception which was held at BBC...

Bonham Carter and West are part of the organisation's #CountdownToZero initiative, which aims to reduce the number of child deaths from preventable causes from 17,000 a day down to zero.

With the star power of celebrities, Save the Children bosses are hoping others will show their support and sign the petition urging political leaders to help save thousands of lives. Come September (15), when world officials gather at the United Nations summit, they will have the chance to make commitments which promise basic healthcare for all children by the year 2030.

Singer and Save the Children ambassador Myleene Klass has also signed up to help raise awareness of the campaign, and urges other to do the same in a statement which reads: "6.3 million children in the poorest countries all over the world are dying every year from easily preventable or treatable causes... We could be the generation to end this. The countdown to get the number of preventable child deaths to zero needs to start now - every child must be able to get basic healthcare - no matter where they're born, who their parents are or how much money they have."

Also joining in the #CountdownToZero campaign are Union J, Ashley Jensen, and Sophie Ellis Bextor, and on Tuesday (19May15), others can show their support by tweeting the hashtag and signing the petition on the Save the Children website.