Helena Bonham Carter loved playing the Queen Mother in new movie 'The King's Speech' because she could indulge in her love of royalty and pretend to be her at home. 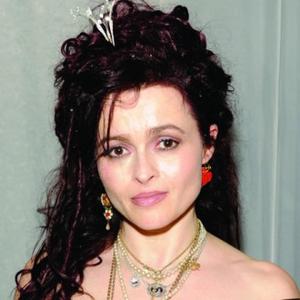 Helena Bonham Carter loves playing queens so she can pretend to be a royal.

The British actress - who plays the Queen Mother in new movie 'The King's Speech' alongside Colin Firth (King George VI) and Geoffrey Rush (Lionel Logue) - enjoys taking on regal characters as she gets the opportunity to pretend she is real-life royalty, although she is glad to take off the crown at the end of the day.

Helena told BANG Showbiz: "You try them on at home otherwise it wouldn't be fun. I certainly would never want to be royal, even though I effortlessly am at times. In fact that's partly why I did play it. We could behave outrageously and people would just say, 'Oh they're getting into the part.'

"I've played a few queens recently and I find them really enjoyable. I just do queens! It's enjoyable to put it on and pretend, but then you can take the crown off and throw it across the room."

The 44-year-old star, who is in a long-term relationship with Hollywood director Tim Burton, learnt to respect the Queen Mother - who died in 2002 - for her role as a "professional public figure" but admits she doesn't want to look like the royal.

She said: "She, the Queen Mother, was extraordinary because she was a professional public figure and expert at it.

"You do all the reading but ultimately you have to serve the story. I took what was relevant and I watched a bit. Obviously I don't look like her, I hope. No, I don't mean that in a disrespectful way, I mean her latter years!"

'The King's Speech' opens in cinemas in January.