Helena Bonham Carter doesn't like being told what to do and makes all of her own decisions, especially when it comes to her wardrobe. 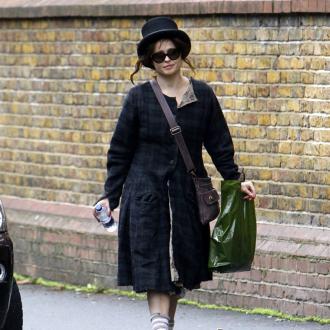 Helena Bonham Carter doesn't like being told what to do.

The 48-year-old actress - who has two children, Billy Ray, 10, and Nell, six, with long-time partner Tim Burton - admits she hates being ordered around and prefers to make all of her own decisions, especially when it comes to her wardrobe.

Asked about her eclectic fashion sense, the 'Lone Ranger' star told E! News: ''I've had a stylist once or twice, but it doesn't really work out because basically, I don't like being told what to wear''

She added: ''I don't like being told what to do, so there's no point. A lot of people suggest that I should.''

Earlier this month, Helena revealed she struggled with low self-esteem when she first found fame as a teenager, but no longer cares what people think about her.

She told The Guardian newspaper: ''I wasn't very confident; I was cripplingly shy. And, at the age of 19, you are all too aware of how people are perceiving you. I remember reading the first profile of me that was printed in a magazine and thinking: 'Oh good, now I'm going to find out what I'm really like.' But no. That's not the best way of judging yourself.''