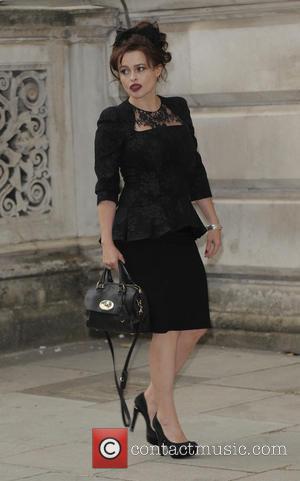 Actress Helena Bonham-Carter has stripped off and posed with a huge tuna for a new campaign to protect marine life in her native Britain.

The Alice in Wonderland star, who ironically featured in her former partner Tim Burton's 2003 film Big Fish, straddles the tuna in the odd photo, taken to highlight the plight of marine species.

Speaking outside the House of Commons in London on Wednesday (11Feb14), as part of the campaign for the welfare of fish, whales, turtles, seabirds and penguins, the actress said, "I am a big supporter of protecting the marine environment. I'm actually very phobic about fish so when I was asked to be photographed naked with a 27 kilogram tuna I was more worried about touching it than getting my kit off.

"I conquered my fears and by the end of the morning we'd truly bonded. He (tuna) will be my Valentine."

Bonham-Carter, 48, adds, "We all have a responsibility to try and return our world to the next generation in the state we inherited it in, not worse. It would be a sad thing if in our dotage we'd be describing a tuna fish to our grandchildren like we do a dodo today."