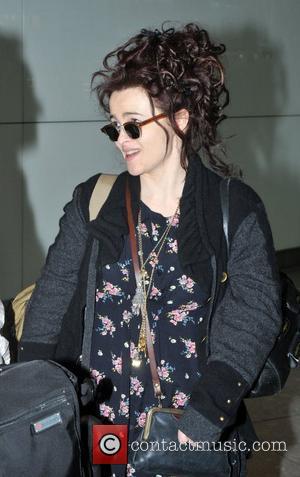 Stars including Helena Bonham Carter, Thandie Newton and Ronnie Wood have donated unique personal artwork to an auction in aid of Britain's leading children's hospital.
More than a dozen celebrities, also including former Spice Girls star Geri Halliwell, British singer Cheryl Cole and The Beatles producer Sir George Martin, have crafted their own image of a hare to be sold off to raise cash for Great Ormond Street Hospital in London.
Wood has painted a psychedelic rabbit, Cole has crafted a glittery collage, Bonham Carter went for a simple brown painting with a button for the animal's eye, and Halliwell included a cartoon heart with the message, "Some bunny loves you".
Three of Cole's Girls Aloud bandmates - Nicola Roberts, Sarah Harding, and Kimberley Walsh - have also contributed artwork, along with singer Sophie Ellis-Bextor, fashion designer Stella MCCartney, and chef Jamie Oliver.
The signed images will be exhibited in London until 8 May (11) and then auctioned off at an event at the city's The Dorchester hotel on 26 May (11). All proceeds will go towards building two new operating theatres at Great Ormond Street Hospital.