Henry Cavill considered quitting acting for the Army until he was first linked to the role of James Bond. 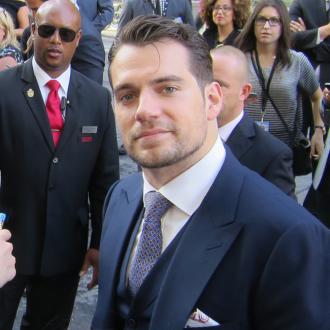 The 'Man From U.N.C.L.E.' actor - who was pipped to the role of James Bond by Daniel Craig - admits he worried he'd never make it in Hollywood and only decided to continue in his profession when speculation about the 007 role brought his name into prominence.

He admitted: ''There were plenty of times I thought it wouldn't happen. At one stage I was like, 'If this next movie doesn't do well then I'm out, I'm going to join the Armed Forces'.

''Then I got the screen test for Bond and thought, my name is out there now, so maybe I should stick around. And I did.''

The 32-year-old hunk became an actor as a way of avoiding being bullied at school and found it a way of gaining acceptance from his peers.

He told Britain's OK! magazine: ''I was just decent at acting in school and it was my escape.

''I was being bullied but no one could make fun of me for playing a character because that's what I was told to do.

''Afterwards, the bullies were like, 'You were quite good in that', so I thought it was probably something I should pursue.''