Henry Cavill: I feel pressured to look like Superman

'Man of Steel' actor Henry Cavill has admitted he is keen to ''look like Superman'' when he's naked. 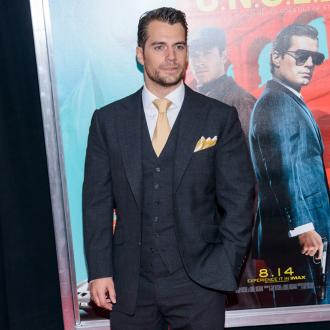 Henry Cavill is desperate to ''look like Superman'' when he's naked.

The 32-year-old actor, who starred as the iconic superhero in the 2013 movie 'Man of Steel', explained that assuming the role is a double-edged sword.

He shared: ''There's a blessing in being Superman. You get more attention. But there's also a curse, which is that you'd better f***ing look like Superman any time you need to get your kit off.

''You have your dark moments when you go on the internet forums.

''You're peeking behind the curtain. You wonder, 'What are people saying about me? Oh, that's nice. Oh, how lovely.'

''But then you find one that isn't. One that says you're only in a relationship to raise your profile, or to prove you're not gay. You think, 'Why are they being so nasty?' Then you start shaping your behaviour around the comments, and that's not OK. That's not healthy.''

Henry finds such critics frustrating, but accepts it's part of being a movie star.

He told the Guardian newspaper: ''It's weird, because there's no accountability. Someone can quite happily write a diatribe about how much of a d**k I am. But if they met me in real life, I know what they'd probably say. 'Can I have a picture with you?'''