Henry Cavill says he only used 'positive pressure' during the shooting of Man of Steel. 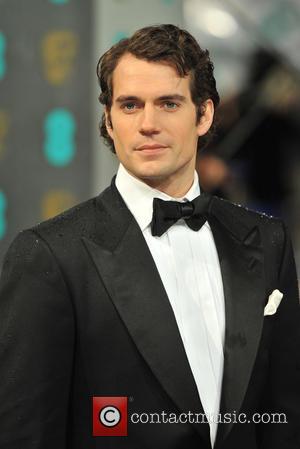 Henry Cavill, the man tasked with portraying a reimagined version of Superman in Zack Synder's new movie Man of Steel, says he refused to get hung up on the pressures of donning the famous suit and potentially letting down a legion of fans. Cavill was the surprise choice to play the superhero in the big-budget movie - likely to form part of a franchise if successful - though he took things firmly in his stride.

"There is that external worldwide pressure of people wanting me to do this and that 'don't mess it up' kind of thing," he explains, "...and I chose not to acknowledge that because that's not going to help me in any way.The pressure I put on myself was far more positive." Cavill clearly boasts the right physique to play the legendary superhero, though the British star hinted that it was his acting talents that probably landed him the role and not his muscles. Brains not Brawn. "It's a story first and there's an emotional being at the centre of it first, he just happens to have these incredible abilities," he says, "You don't balance the two, you be them both. This is what makes this movie different."

Cavill also discussed the famous suit, which has been redesigned for the modern audience much in the same way that Christopher Nolan's Batman character took on a new look for the Dark Knight trilogy. "There's something really special about this suit. It has like an almost physical energy about it and it affects people," said Cavill, "People will stand straighter or go 'Hey man!' when they see you in the suit. And it's extremely cool."

Watch the Man of Steel Trailer: