'Man of Steel' actor Henry Cavill credits his ''amazing'' parents Marianne and Colin for keeping him ''grounded'' and humble since he became a movie star. 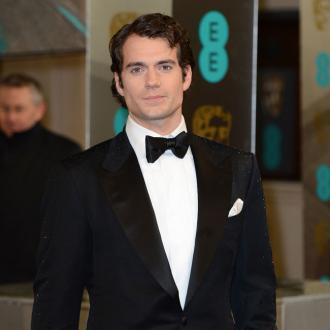 Henry Cavill credits his ''amazing'' parents for keeping him ''grounded''.

The 30-year-old actor has praised his mother and father, Marianne and Colin, for giving him and his four brothers the best start in life which has meant he hasn't let his film success go to his head.

Henry - who grew up in Jersey, which is part of the Channel Islands - said: ''My upbringing has kept me grounded. My amazing parents have always told me to remain humble and thankful for what I get.''

The star likes to go home whenever he can and he knows if he did ever get a big ego his siblings would soon put a stop to it.

Henry has landed his biggest role to date as Superman in the upcoming 'Man of Steel' movie - in which he stars with Amy Adams, who plays the love interest of Superman's alter-ego Clark Kent.

The Hollywood heartthrob admits he found the role a lot more ''complex'' than he initially thought it would be.

He said: ''The movie is very realistic and there are a lot of issues which happen in daily life. I think we've all experienced being an outsider. Superman's far more complex than most people know. He has a moral code but he's incredibly conflicted.''