Henry Cavill has admitted that he sometimes worries women will be disappointed by his body if he hasn't been working out. 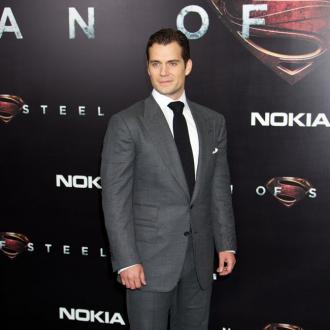 Henry Cavill worries women will be disappointed by his body.

The 'Batman v Superman: Dawn of Justice' was bullied as a child for being overweight and although he now has a toned and muscular physique, he is still prone to bouts of self-doubt.

Henry said: ''I'm very self-critical and I use that to motivate myself. If I look in the mirror, I might say, 'You're looking good!' Other days if I'm off-season and haven't been training, I'll say, 'Look at you, you fat f**k.'

''I tell myself, 'Mate, you're a mess. If you were to meet a bird out in a bar and bring her home, she's expecting Superman. This is not Superman and she's going to be mega-disappointed.'''

Henry, 32, admitted that while he loves playing Superman, it can be a curse.

He explained to The Guardian newspaper: ''There's a blessing in being Superman. You get more attention. But there's also a curse, which is that you'd better f**king look like Superman any time you need to get your kit off.''

Henry also compared playing Superman to having sex with someone for the first time.

He said: ''People think Kryptonite can beat him. No. The only thing that can really beat Superman is Superman. His own noggin messing with him. His own moral choices. When you have that to start with, the storytelling can really delve into something rich.

''It's like shagging someone for the first time. Sometimes it turns out to be amazing. Mostly you're trying to get each other's rhythm going. It's on the next go that you start to expand. That's why I do it. That and the money.''