Henry Cavill Struggled With Accent For Man From U.n.c.l.e.

Superman Henry Cavill Found A New Kryptonite While Preparing For New Movie The Man From U.n.c.l.e. - He Couldn't Perfect His Character's Mid-atlantic Accent. 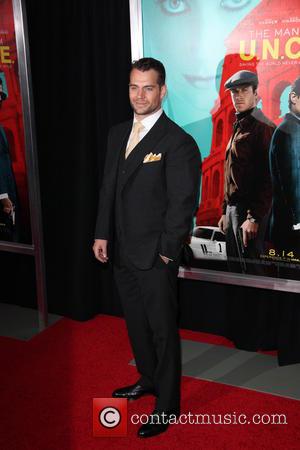 The Brit reveals director Guy Ritchie was forever correcting the actor's speaking tone as spy Napoleon Solo - because it either sounded too British, too American or just too fake.

Cavill recalls, "When we started, Guy said, 'I want you to sound a bit like Clark Gable but not Clark Gable. OK? Not modern mid-Atlantic.'

"So I sat with our dialect coach and he ran through some Clark Gable stuff with me... We kind of got it down and then we started shooting. Guy kept on saying, 'No, that word sounds wrong, it sounds weird. Come listen to it... It sounds too English', or, 'That one sounds too American!'

"We had to try and finesse it in different ways. And eventually he just walked out and said, 'Look, it just sounds like you're a Brit who's faking an American accent! I know you can do one and people who've seen you in other movies know you can do one. But people who haven't just think you're gonna be bad!"

"So eventually, a quarter way into the movie, we then just solidified it as an 'affected American accent which was Transatlantic and dated'. That's what we settled with and that's the way it sounds now in the movie."

Ritchie, who was previously married to accent-affected Madonna, also struggled with Cavill's smug portrayal of Solo in the big screen adaptation of the classic 1960s TV series.

The Man of Steel star explains, "The other challenge was that the character didn't come across too smug. Often Guy would walk in and say, 'You know what, funny, but it seems a little smug. And I don't like it.'

"You have to trust your director on that because you never know how it's coming across. He would say, 'All right, bring it back because what you just did and what we experienced as an audience makes you look like a d**k!'"