Man of Steel is a moneymaking machine. 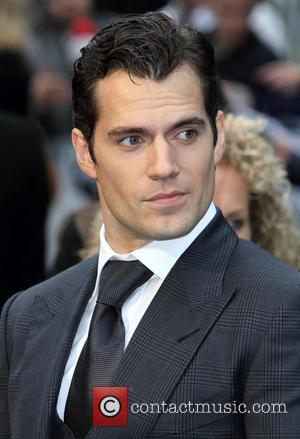 Zack Snyder may just be Warner Bros. golden boy, what with his Man of Steel currently being projected to earn 345.6 million worldwide by the end of the weekend (figures courtesy of Deadline.) The dark retelling of Superman’s story earned an impressive $19 million on Friday. Up until that point, the flick had made a cool 135.6 million over the nine days since its release, adding up to... one happy production company. Read what our own Rich Cline has to say about the film itself.

Looks like the folks at Warner Bros. have stumbled onto a particularly successful strategy – or borrowed one from Marvel, anyway. Rumors have been swirling for the past couple of weeks that Man of Steel is just the first step towards a film reunion of DC Comics’ Justice League superheroes – much like the phenomenally successful Avengers franchise. Of course, while it is no doubt a massive earner, Man of Steel isn’t quite catching up to the record takings of Iron Man 3 a few weeks prior. Just a few days ago, Iron Man crossed the $400 million mark domestically and has to date raked in over $1.2 billion domestically.

Of course, one thing to keep in mind is that Man of Steel is just the first film in the franchise (if the franchise exists at all), while Iron Man 3 is a part of Marvel’s “third wave,” so going down a very well treaded path. Of course, keeping the momentum and peaking audience interest at such a late point in the franchise is also a massive challenge and that is exactly what Warner will have to do to make a Justice League film a success. Meanwhile, Man of Steel will be in theatres for a while and is definitely worth a watch.

Check out some photos from the film's European premiere. The role in Man of Steel turned out to be a game-changer for Henry Cavill. Credit where credit is due - Zack Snyder directed the film.