After breaking up with his fiancé after a five-year-relationship in 2012, Henry Cavill has officially revealed his relationship with 'Haywire''s Gina Carano. 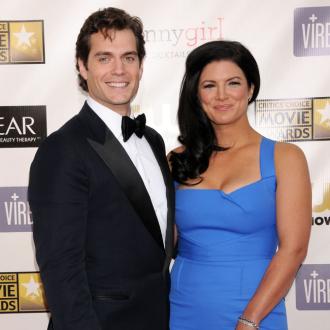 'Man of Steel' star Henry Cavill has begun dating Gina Carano of 'Haywire'. The couple were seen walking arm-in-arm on Thursday 10th January (2013) out of the 18th Annual Critics' Choice Movie Awards in California, after Gina received a nomination for Best Actress in an Action Movie. While the couple have supposedly been dating since September 2012, 29-year-old Cavill and 30-year-old Carano have now made it official.

Cavill has shot into public eye since being cast as the Krypton-born, Kansas-raised Superman for the Zack Snyder reimagined reboot of the iconic superhero. In 2012, he secretly split up with his professional show jumper fiancé Ellen Whitaker after being together for five years. The news of the split came months afterwards in August of 2012; before he allegedly moved on to start dating Gina Carano.

At the time, a source spoke to 'Us Weekly' to explain the break-up, saying: ''There was no fallout. They just both agreed it wasn't working. They broke up three months ago.'' While Cavill has not commented yet, he was asked about the state of his relationship with Whitaker in the summer of 2012. He refused to comment fully at the time, instead sufficing with: ''I'll talk about that another time. This summer I am taking time off and relaxing.''