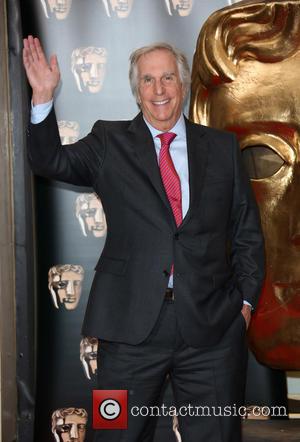 The Happy Days star was carrying his purchases through Richmond, an upmarket borough of London, this week (begs16Dec13) when he was approached by a Bbc reporter who was canvassing residents' opinions on the expansion proposals.

At first the journalist failed to recognise Winkler, but after realising he was speaking to a famous actor he asked the star about his view on plans for a third runway at the busy transport hub.

Winkler suggested he is behind the proposal, saying, "Would that bring more people to the economy?... Richmond is a lovely place. I watch the planes go every day. I hear nothing."

Winkler is living in Richmond during his stint in a festive pantomime show at a local theatre.