Hilary Duff's former boyfriend Aaron Carter says their split is his biggest regret and he wants to win her back, nine years after they went their separate ways. 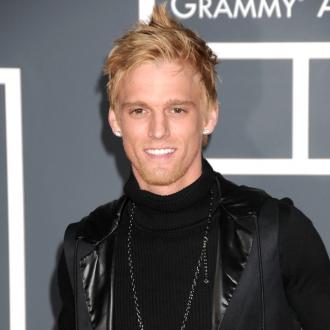 The 26-year-old singer-and-actress - who announced she had separated from husband Mike Comrie after three years of marriage in January - dated the former pop star for 18 months when they were teenagers and he now says their split is one of his biggest regrets.

After retweeting a picture of his former girlfriend which was captioned: ''Hilary Duff is flawless'', Aaron then tweeted: ''Don't be that stupid douche that loses the love of your life forever.. Like me..

''I'll spend the rest of my life trying to better myself to get back to her.

And the 26-year-old star admitted laying bare his feelings had made him nervous.

He added: ''That tweet just gave me an anxiety attack (sic)''

Aaron has previously spoken of his regret at cheating on Hilary with her then-best friend Lindsay Lohan.

He has said: ''I started dating Hilary on my 13th birthday... I was dating her for like a year-and-a-half and then I just got a little bored so I went and I started getting to know Lindsay, dating Lindsay.

''Then I didn't want to do that anymore, so I got back with Hilary. And then I ended up cheating on Hilary with her best friend. That's nothing to smile about. She wasn't even that good looking either.

''She (Duff) really got her heart broken from me and I'm sorry for that.''