Recently-separated couple Hilary Duff and MIKE COMRIE still love each other but don't yet know what the future holds. 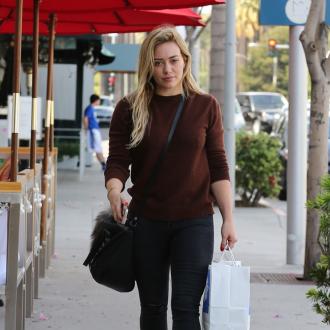 Hilary Duff has admitted she and MIKE COMRIE ''don't know'' what the future holds for them.

The couple - who have two-year-old son Luca together - split in January after three years of marriage, but the 'So Yesterday' singer says they still love one another and suggested they could eventually reconcile.

Hilary - who has enjoyed numerous outings with the hockey player since they split - told E! News: ''We're constantly seen together and people are like, 'What are they doing? Are they back together? Are they not?' We're really good friends and we have so much respect for each other and obviously Luca is our number one priority.

''I think we got to a point where we were like, we really need to honour happiness and whatever that is and however we need to sort that out or work that out, we're doing that.

''We love each other so much and we love spending time together. So when you see us out it's not just for Luca, it's because we make plans and we hang out.

''We don't know what our future looks like right now but we're both doing really good and just figuring out what makes us happy.''

Hilary recently signed a new record deal, and also has TV projects in the pipeline, but says caring for her son takes up most of her time.

She said: ''The busiest thing is that I have a two year old. I'm constantly on the go, it's crazy. He's so much fun.''