Hilary's mother, Susan Duff, has even admitted, "They're better friends than a married couple." 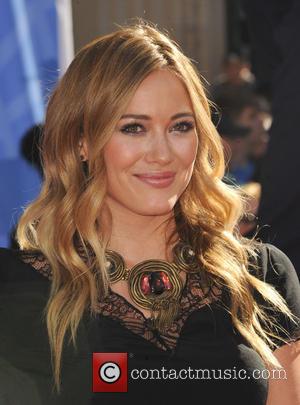 Hilary Duff is officially back on the market!

The 26 year-old actress has separated from husband Mike Cormie after three years of marriage.

"They remain best friends and will continue to be in each other's lives. They are dedicated to loving and parenting their amazing son, and ask for privacy at this time."

The report also states the pair, who attended couple's therapy to fix their marriage, simply fell out of love over time and their separation didn't involve any conflict.

The former couple, who married on August 14th 2010 in Santa Barbara, California, only have one child together, a son called Luca who was born in March 2012.

Hilary's mother, Susan Duff, told TMZ, they have already decided on joint custody of Luca, although she is sad her daughter split with Mike, in her opinion, "They're better friends than a married couple."

The former Disney star and the retired NHL player began dating in 2007 and, up until now, showed no signs of problems in their relationship, they were last spotted on New Year's Eve still looking happy as Duff posted a photo of their pair on her Instagram account before heading out to celebrate in the festivities.

The 'Lizzie Maguire' star has always praised her soon-to-be ex-husband in public and openly expressed her love for him.

In a 2009 interview she said, "I've never met anyone who can say a bad word about him. He's generous, caring and sunny. We just laugh our heads off."

Duff also gushed about the former ice hockey player's parenting skills, "He's an amazing father," she said. "He's so patient and loving and involved. He's all the things that I knew that he would be."