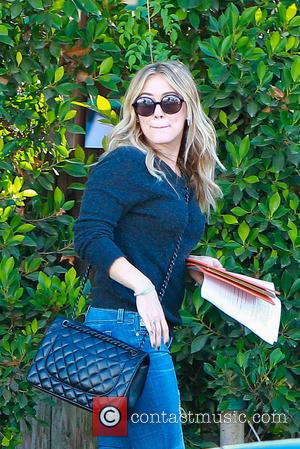 Hilary Duff has slammed reports suggesting her marriage to MIKE COMRIE fell apart due to his lack of interest in counselling sessions, revealing the tabloid fodder "makes my skin crawl".

The So Yesterday singer announced she was splitting from her husband of three years last week (10Jan14), but insisted that their separation was extremely amicable.

However, new reports suggest their marriage had been in trouble for some time, and one source told Us Weekly that Duff felt Comrie "didn't put enough effort into the relationship".

Duff took to Twitter.com on Wednesday (15Jan14) to shut down the speculation about her split from the former ice hockey pro, raging, "Don't believe the s**t you read! & don't buy trash magazines! They are so gross and so negative. they Literally make my skin crawl. Be Above It."

She added, "Mike and I are sitting here. We are so appreciative for all of your kindness & well wishes. Not an easy day but we're getting thru (through) it together."