Hilary Duff has split from her husband MIKE COMRIE after less than four years of marriage but they are getting through it together and plan to stay friends to co-parent this son, Luca. 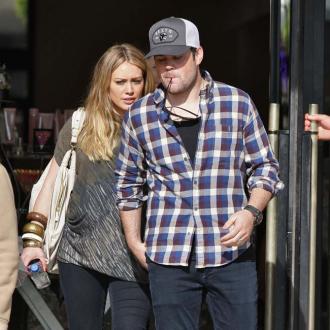 Hilary Duff has split from her husband MIKE COMRIE.

The 26-year-old singer and actress, who has a 21-month-old son, Luca, with the former professional ice-hockey player, whom she married in August 2010, insists their separation is ''amicable.''

A spokesperson for the blonde beauty confirmed to People.com that the former couple ''have mutually decided [upon] an amicable separation.

''They remain best friends and will continue to be in each other's lives. They are dedicated to loving and parenting their amazing son, and ask for privacy at this time.''

The 'So Yesterday' hitmaker thanked her fans for their well wishes on Twitter today (10.01.14) and wrote: ''Mike and I are sitting here, we are so appreciative for all of your kindness & well wishes. Not an easy day but we're getting thru it together (sic)''

A source close to the former Disney star also revealed the duo are still on good terms and simply grew apart.

The insider said: ''There was no major incident - no big event between the two of them. They really did drift apart. They have put effort and thought into this decision for a long time. They tried couples therapy, but in the end, they realised at this time, they work better as friends. And they really are great friends.''