Hilary Duff: 'The Only Baby I'm Working On Is My Album' 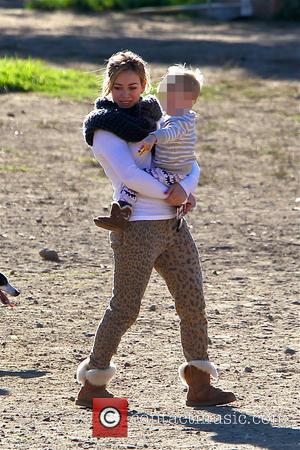 Singer/actress Hilary Duff has dismissed reports she is eager to have a second child, insisting she is focused on her music career instead of expanding her family.

The So Yesterday hitmaker and her former hockey pro husband Mike Comrie welcomed their son Luca last year (12), and in a recent interview with People magazine, Duff mentions they are open to having more children in the future, saying, "If I had another boy, I would be happy, but I would like to try for a girl and I'm not sure that I want to have three kids."

However, after the article was released, many took her confession as a sign the couple is already prepping for another child - a speculation Duff was quick to slam on Twitter.com.

The 26 year old is currently recording her fifth studio album, the first since her 2007 release, Dignity.